Home > AVICHE Blog > Know-How > Wearable Air Purifier: Do They Work & What to Know Before You Buy

Wearable Air Purifier: Do They Work & What to Know Before You Buy

In our lives, we see more and more people using wearable air purifier. They are small in size, light in weight, easy to carry and economical. The hot sale of wearable air purifier means that we begin to pay attention to the impact of air quality on health. For example, viruses such as COVID-9 are spread through droplets in the air. Biological pollutants in the air, including bacteria, viruses, animal dander, house dust, mites, cockroaches, and pollen, can also cause long-term and direct health effects. 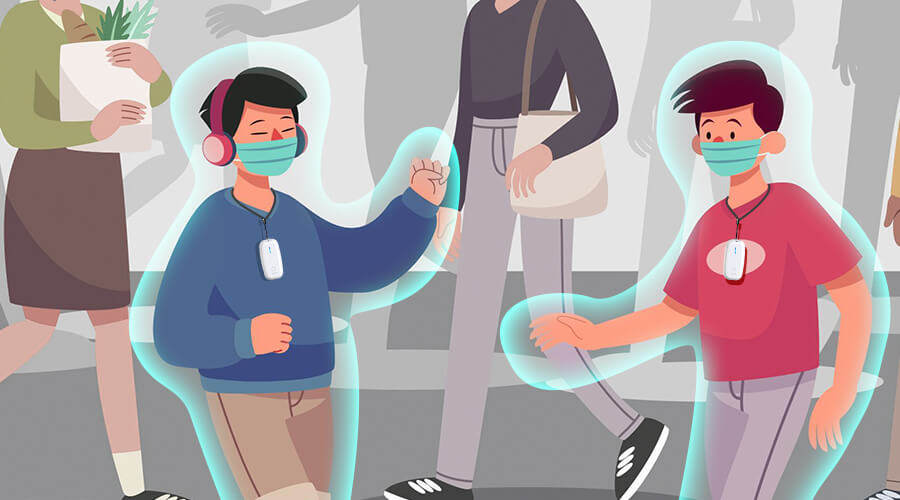 Compared to portable air cleaners, wearable Air purifier necklace is small in their size and people can wear them on their collars or around the neck to remove particles from the breathing zone.

But let's cut to the chase: do these wearable air purifiers work? 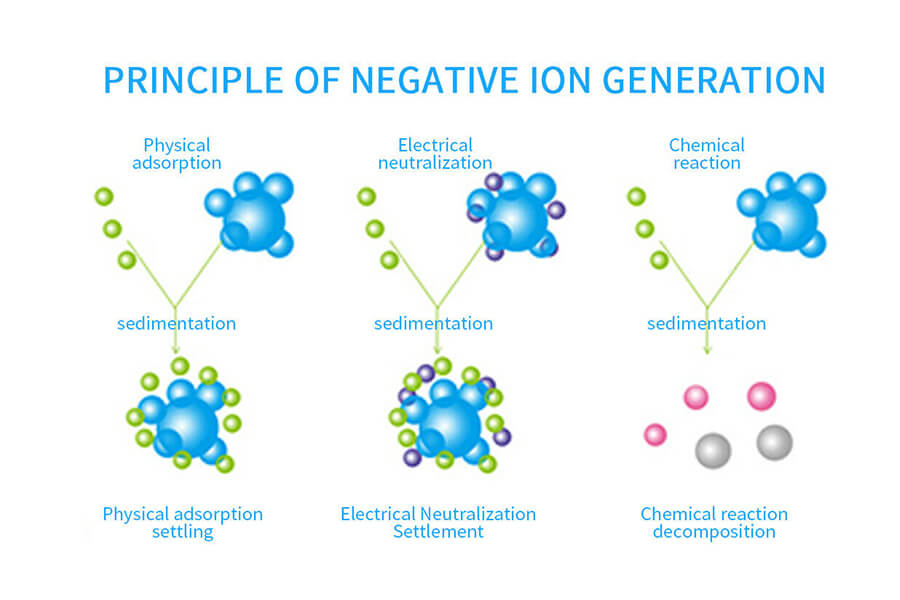 The answer is negative ions.

Negative ions have no side effects on the human body. We will feel the air is particularly fresh after the rain, because a large number of negative ions are generated in forests, waterfalls, and rainstorms and lightning, because negative ions are also called "air vitamins."

In addition to purifying the air, negative ions also have a sterilization effect

There are two ways to sterilize for negative ions: one is to block the transmission path of bacteria: most of the bacteria and viruses in the air are combined with dust and droplets to spread in the air, and negative ions can spread in the air through the sedimentation of dust. The number of bacteria and viruses has been drastically reduced, and the route of transmission has been cut off;

What to Know Before You Buy?

Maybe some brands of purifiers produce ozone, but AVICHE's Air purifiers do not have this problem

2 Why does the brush head make a biubiu sound

3 Who is not suitable to wear a personal air purifier

Users with metallic substances in their bodies cannot wear wearable air purifiers, such as pacemakers or steel plates.

Users who are allergic to negative ions cannot wear purifiers.

How and where to get them?

And there is an abundance of wearable air purifiers that are currently available in the market. But AVICHE personal air purifier is definitely the best and most cost-effective brand

I recommend you 3 best-selling AVICHE air purifiers in 2021

This is an upgraded version of W3, which has greatly improved the concentration of negative ions. Now W3-3.0 can release 80 million negative ions, and the purification effect is four times that of the original. At the same time, W3-3.0 is very light, only 38g. At the same time, W3-3.0 adopts hidden carbon brush head, which does not directly touch the skin and is safer. It is the best choice to buy for children . 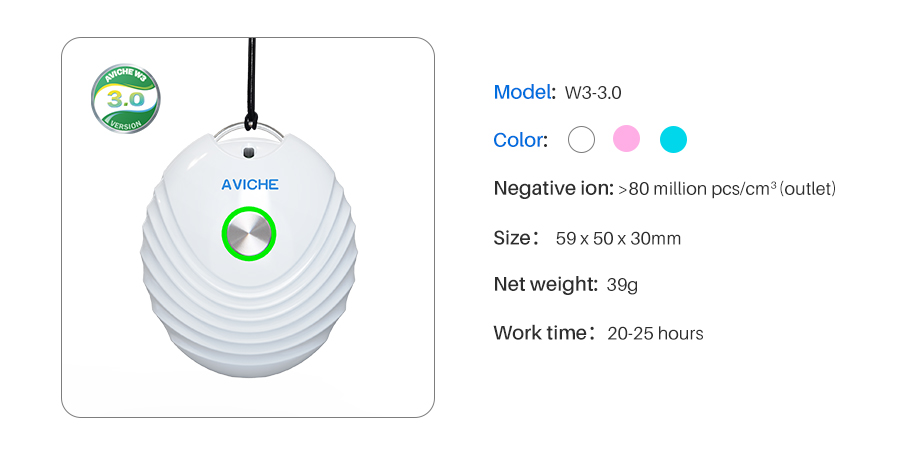 M1 3.0 is the best-seller product of AVICHE, with a total of over 200,000 units sold. If someone around you wears a micro purifier, one of them must come from AVICHE. The M1-3.0's popularity comes from its powerful purification ability and endurance. Not only can it release 100 million negative ions, but it can also be used continuously for 160-180 hours. If you have a limited budget and only plan to buy a wearable air purifier, I would recommend you to buy this. 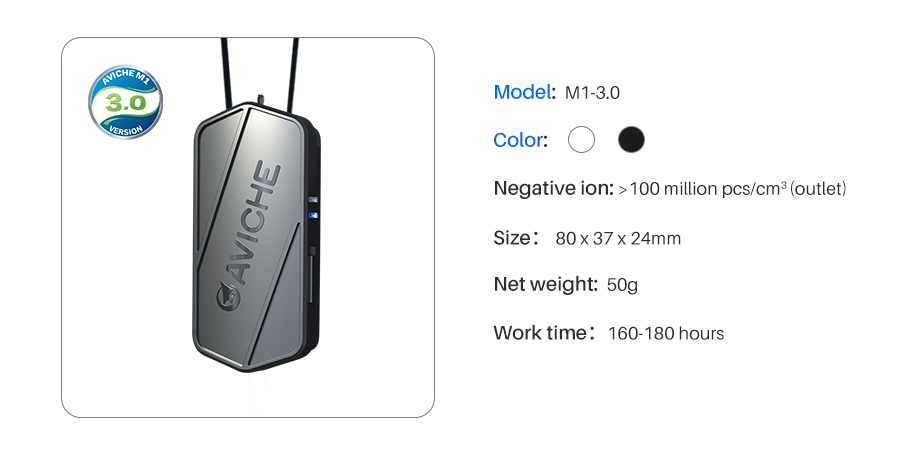 This is a new product launched by AVICHE in 2021, and it is also one of the most powerful wearable air purifier necklace in the world. M5 has two gears, high and low, which can release 120 million negative ions, and resist can release 100 million negative ions. The battery life is as long as 160-180 hours, and it can work continuously for almost a week. In addition to more powerful purification capabilities, M5 also incorporates the advantages of W3-3.0, using hidden carbon brushes, which are safer and more reliable. 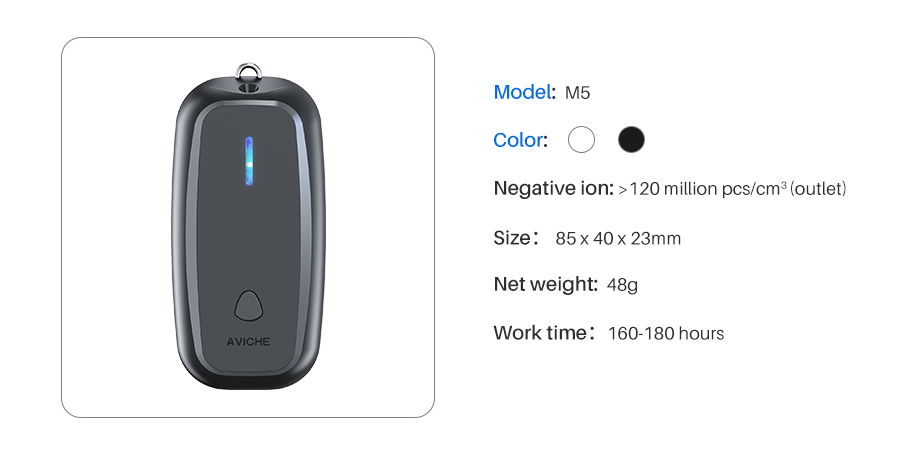 How to order AVICHE Air purifier?

If you want to order AVICHE Air purifier, you can contact us by the followings:

· Contact us by dialog in the lower right corner：We have a human customer service to contact you (Am8.30 to Pm5.30)

Next: How To Use A Compressor Nebulizer